Apple’s iOS platform has brought us great efforts in gaming and introducing us to new genres along the way (Who knew flinging birds into pigs could be so much fun?). However, browse for good platformer games and what do you get? Not too much. Of the ones you do find, many of them are clunky in design and have poor control. Sadly, you don’t discover these issues until after you buy the game. Luckily, they’re cheaper than buying retail games, but the offering and support is just not there.

Enter Mystery of the Japanese Werewolf by Daniel Marthis Novais. 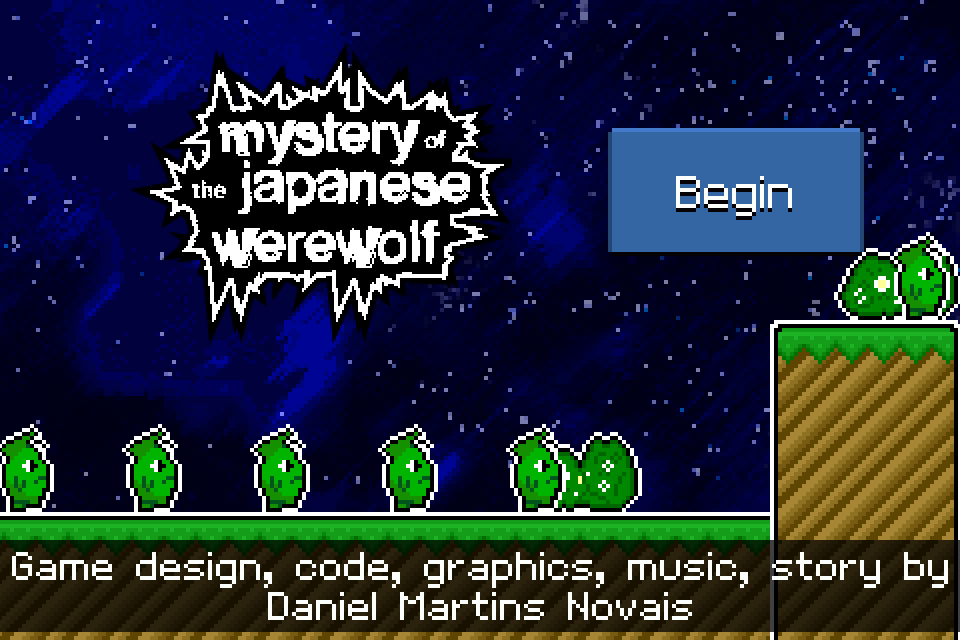 With the genre of “Metroidvania” in mind, this game definitely gets the spirit of classic, room-based platforming just right. You travel through rooms, kill enemies, and gain upgrades. A simple formula if done correctly, and while many games try to do too much, this game keeps things simple. The term “Metroidvaina” definitely applies here, and the game doesn’t hide its influences, from the main character’s spinning jump similar to classic Samus’ to referencing Castlevainia 2’s day-to-night curse. 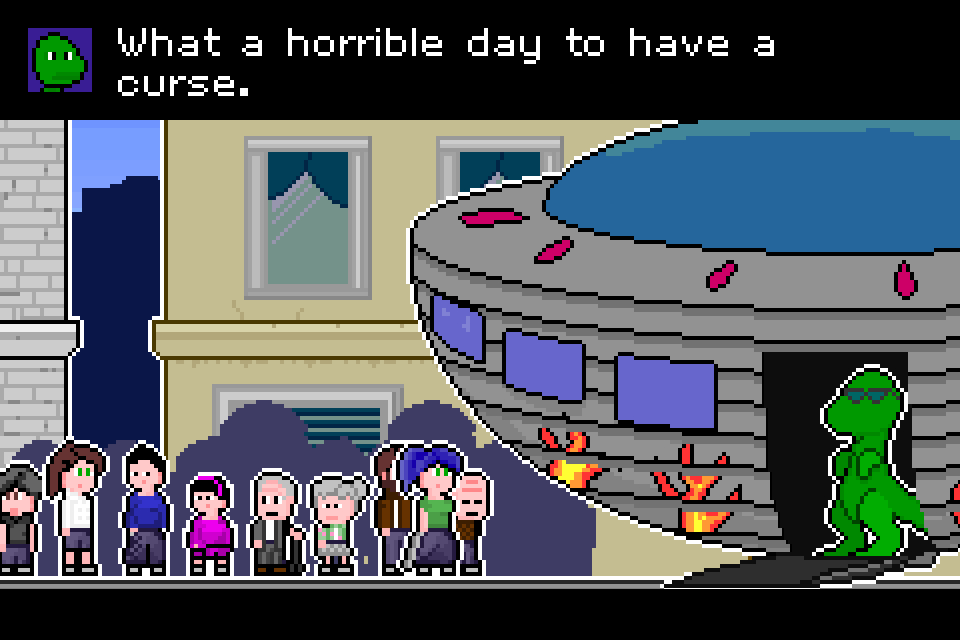 Along with a simple concept, the graphics and sound rewind back to a simpler time giving a very 16-bit retro feel. It still gives off an indie developer feel—because it is—but it doesn’t feel completely out of place from games of old.

Controlling the game is relatively simple. You move left or right, jump, and attack. That’s pretty much it, and that’s fine by me. When I want to play a platforming game, I don’t want 30-thousand controls to confuse me. I’m also happy that this game doesn’t go overboard with trying to integrate a “new feature” with the touch controls. My only gripe about the controls is how if you’re in mid-jump moving forward and decide to attack, you stop moving forward during the attack. Besides this minor complaint, the game still plays great. 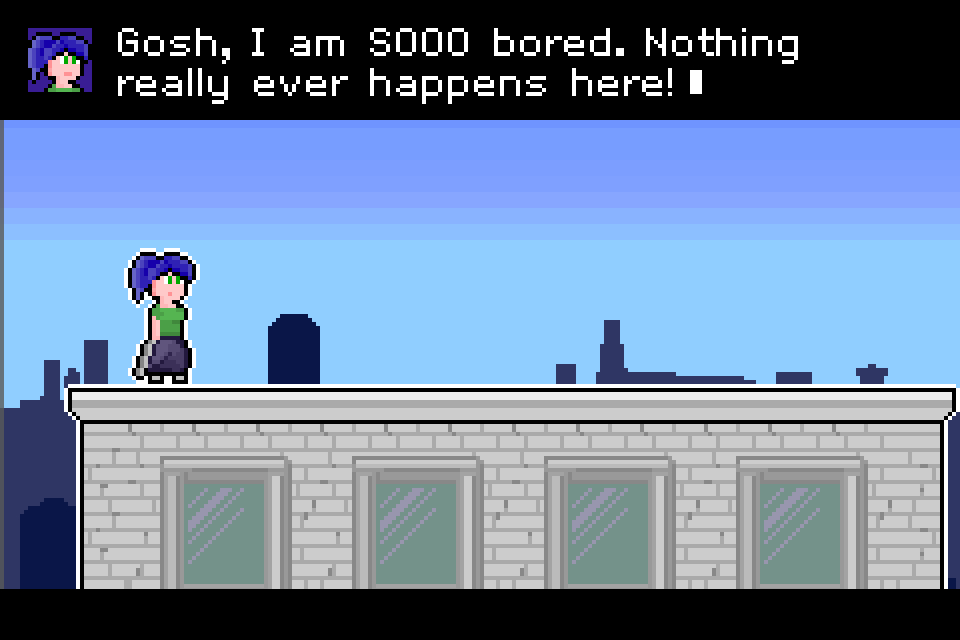 My biggest concerns about this game have also been its biggest draw-ins for me: Simplicity. The game and story are very simplistic to the point where certain actions just seem very repetitive. And without an initial map, navigation can be very confusing and frustrating. However, if you like the challenge of finding your way around a game, then this game won’t disappoint. The rest of the game isn’t really difficult at all. For hardcore players, you might not enjoy this game like you would classic Castlevania or Metroid. But casual games will love being able to play for a few minutes, leave the game at will, and going back to where they left off; Something that’s not readily available in other platformer games. 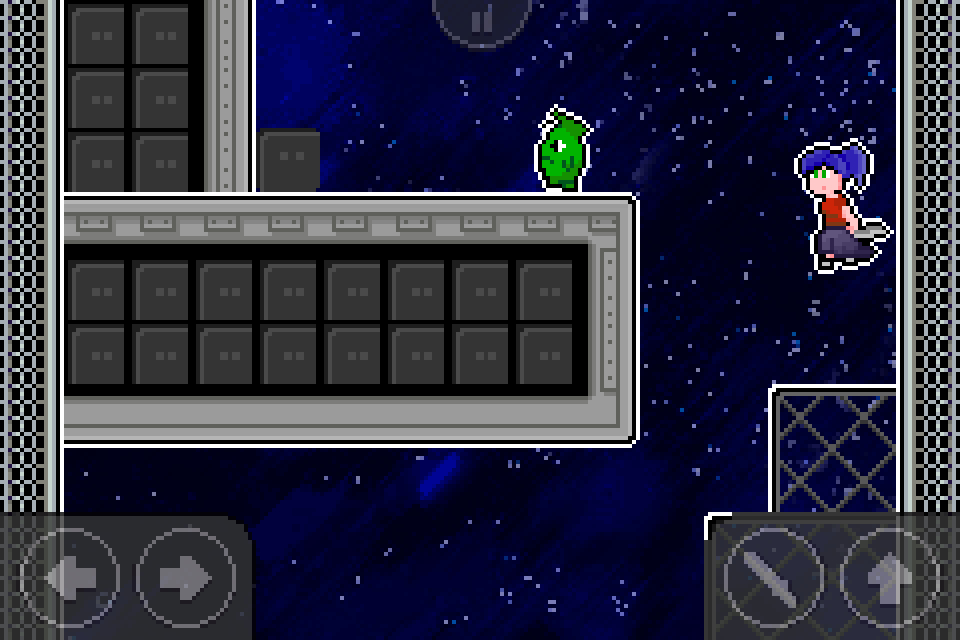 Personally, I like it! You can give the free version a go if you’re not sure about purchasing it. However, I love to support any indie developer that creates a good game, so I recommend paying the dollar for this game. You will get a complete, fun, retro-style game and you’ll support Daniel with updates to this game and his future game development endeavors.

Buy Mystery of the Japanese Werewolf on iTunes for $0.99 today!